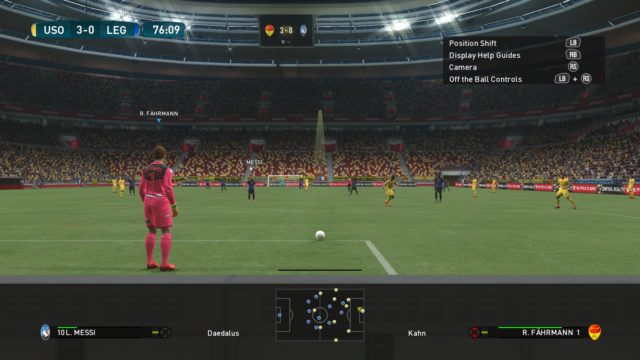 Depending on your build up style in your “team tactic when in posession” setup your players will be far away (long pass) or close (short pass) to your box.
By pressing R1(PS4)/RB (XBOX) you can switch your teams positioning.

Be careful with doing things vice versa. When you play a long ball and your team is set up for a short pass goal kick your opponent is able to to a very quick counterattack, because your central defenders are standing wide outside and the centre is very open.

If you play a shot pass and your team is set up for a long ball your opponent can intercept this pass easily and get a free run onto your goal. 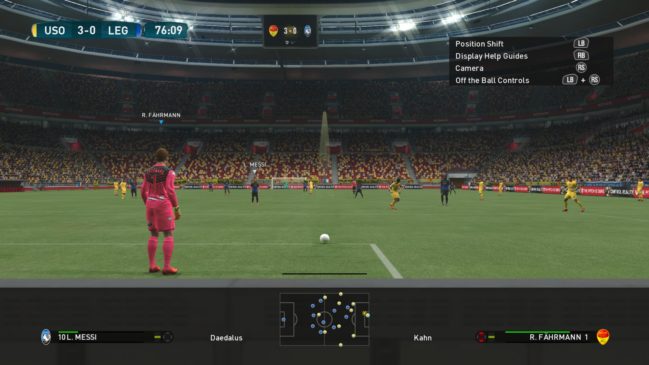 Short pass
Watch the radar of the picture above to see the short pass setup.
To play a short pass you do not need to turn the view arroung and lock the arrow to your target. Just hold the left stick into the direction of the target and press X (PS4)/ A(XBOX.
If you hold the key longer the pass will go to targets who are wider away and there is a small chance for your opponent to intercept. 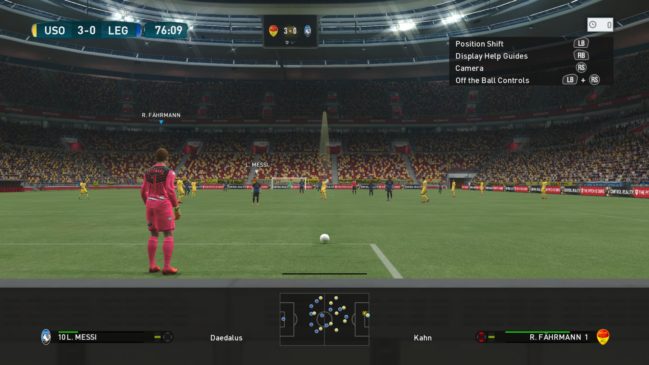 Long pass
Watch the radar of the picture above to see the short pass setup.
If you play a long pass just aim with the arrow into the direction you want to shoot and press CIRCLE(PS4) / B (XBOX) Long pass. It is recommended that you try to play the long pass into a zone where your striker has a good matchup against his marking opponent. I recommend to kick the ball with 80-90% power. If you fill the bar completely the ball will go far and the opposite defenders are in a better position.