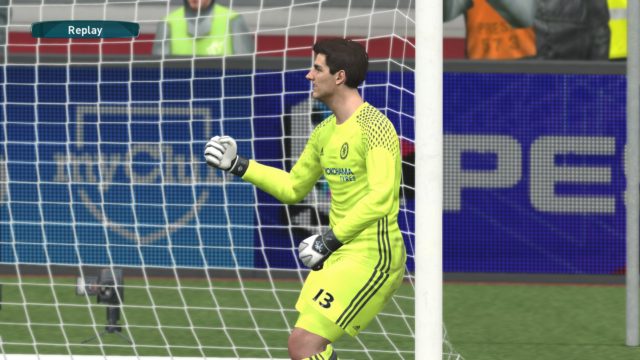 One of the most important positions in football is the goalkeeper. In Pes you usually control the goalkeeper when he is in posession. But you can also control him when your opponent has the ball. In this tutorial we will show you what is possible by controlling him.

goalkeeper not in posession

Y(XBOX)/TRIANGLE(PS4) Goalkeeper runs out of the goal to either catch a cross or to close the ankle.

How to profit from manually controlling the GK.
In some situations in which you are really sure that the striker usually will succeed you can try to deny that goal.

If the striker has the ball on his right foot hold A and do one step into your left side. When the striker is shooting now to his right corner of the goal the chance to save is highly increased.