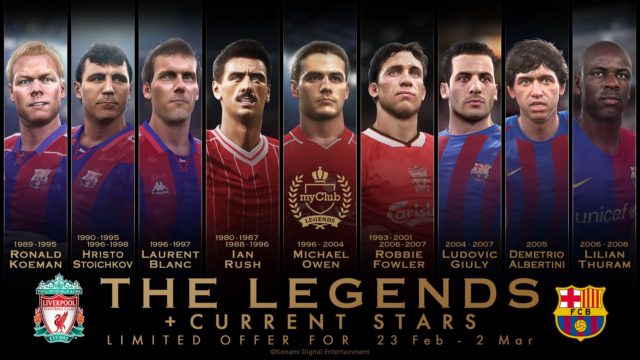 Konami brought some new legends to the game with Datapack 3.0. Now you can get them with the new myclub agent. This agent also consists the other legends of Barca, Diego Armando Maradona and all current players of FC Barcelona and Liverpool FC. 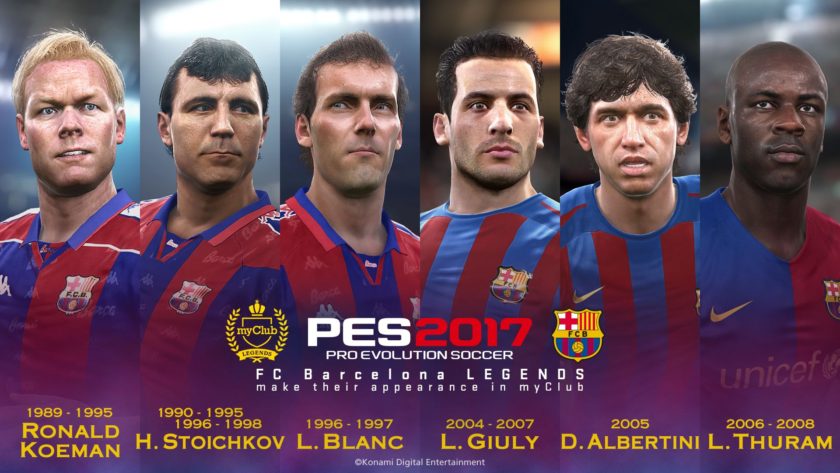 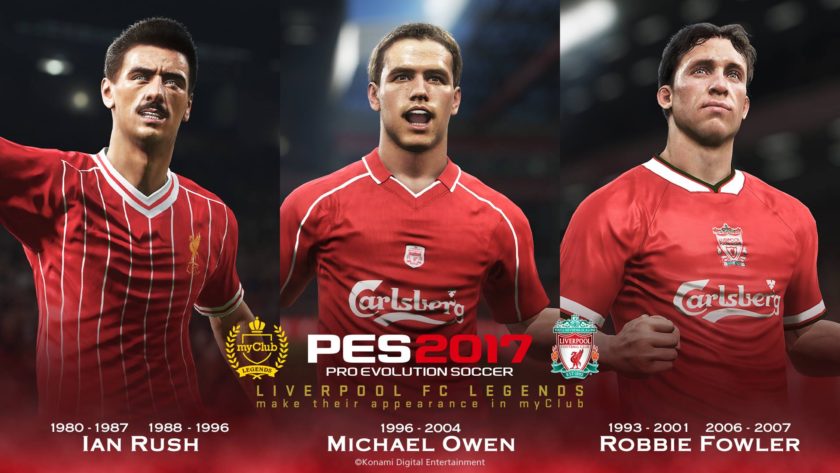 New Legends are coming to myClub! Introducing a Special Agent for The LEGENDS + Current Stars!
Players who were previously announced as Legend Players of FC BARCELONA and LIVERPOOL FC are finally coming to myClub.
L. THURAM, L. GIULY, L. BLANC, H. STOICHKOV, RONALD KOEMAN, and D. ALBERTINI from FC BARCELONA, as well as M. OWEN, IAN RUSH, and R. FOWLER from LIVERPOOL FC are ready to join your team.

In celebration of this, we will be holding the Legend Campaign.

■Period
23/02/2017 08:00 (UTC) – 02/03/2017 04:00 (UTC)
*Exact times may be affected by maintenance.
■Special Agent: The LEGENDS + Current Stars
New Legend players, as well as players who have belonged to club teams and have the potential to become a future Legend, will be on the list if they have an overall rating of 70 or more.
A single-use Special Agent who guarantees a player with an overall rating of 80 or more is also available.
*Subject players are based on Live Update of Club Squads but due to transfers they are always changing so please confirm the subject players of each special agent in the [List of Targets].
[myClub menu] => [CONTRACT] => [Special Agent] => [List of Targets]
■Manager list
The 5 great managers who coached FC BARCELONA or LIVERPOOL FC will be on the list!
■VS COM Challenge Cup
You can obtain a Special Agent for The LEGENDS + Current Stars as an initial reward if you beat FC BARCELONA and LIVERPOOL FC!