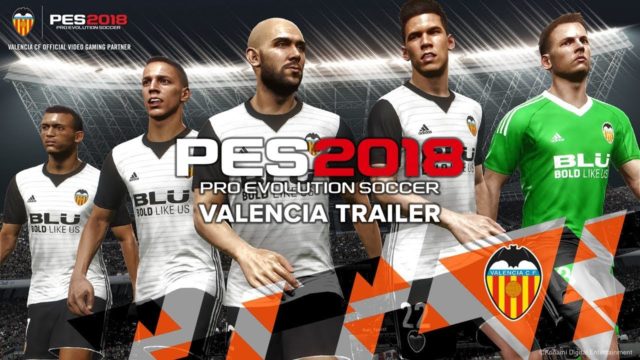 Konami announced today their partnership with Valencia CF.
We will see their home and away kits in the game and their first squad will get facescans.

Konami will also have an E-Sport Event in the Mestalla stadium, but the stadium also seems not to appear in the game. 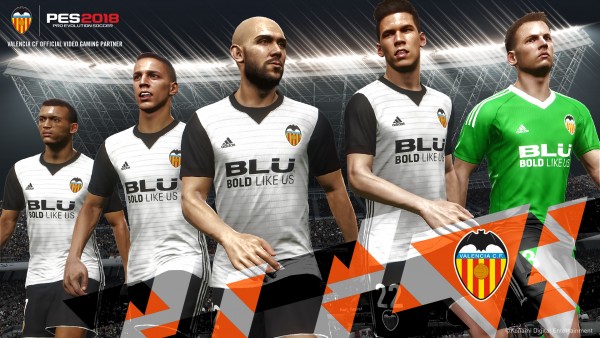 Konami Digital Entertainment B.V. has announced it has become the Official Video Gaming Partner of Spanish giants, Valencia CF. The agreement will see the club faithfully recreated within the publisher’s Pro Evolution Soccer (PES) series and the pair will work across a series of complementary promotional activities.

The deal comes as KONAMI looks to strengthen its ties with the world’s best clubs for its PES series. Valencia CF is one of the most successful clubs in the Spanish league, with six titles, numerous domestic trophies, and European success in the UEFA Cup competition.

As Valencia CF’s Official Video Gaming Partner, KONAMI will work closely with the club to ensure their representation within the PES series is as close as possible. The agreement allows KONAMI to use the home, away and third kits in the forthcoming PES 2018 and the first-team squad will be perfectly created within the game. Player faces and individual skills will also be matched, while KONAMI and Valencia CF will also work together across a host of promotional activities.

The pair will launch a series of digital co-promotions throughout the year, with KONAMI contributing visuals from the game to assist in Valencia CF’s match day social media activities. With PES 2018 using the mantra “Where Legends are Made”, PES 2018 will also see KONAMI further expand its eSport interests. June 2017’s PES League World Final saw 16 players from around the globe gather to win a stunning $200,000 prize, and KONAMI will use Valencia CF’s iconic Mestalla stadium to host Pro Gaming competitions and other key events throughout the season.

Jorge García, Valencia CF Head of Marketing, Commercial and Fan Experience Area, said that he is “delighted with this partnership, as KONAMI are a worldwide partner who will help us to take the Club to millions and millions of gamers. We’re looking forward to seeing the spectacular images of our players in the new and future editions of the PES series.”

“Valencia is a club with a rich history, lots of legends and some exciting talent in the current roster,” commented Jonas Lygaard, Senior Director – Brand & Business Development for Konami Digital Entertainment B.V. “Valencia CF is loaded with history, home to great successes, and some of the world’s greatest players have come through the ranks here as well, with Mendieta, Kempes and Ayala to name a few. With the club looking ahead to pushing on in the 2017/18 season, we are honoured to have been chosen as Valencia CF’s Official Video Game Partner, and look forward to working closely to realise them in-game and seeing them compete for a top league position.”

PES 2018 will be released for PlayStation®4, Xbox One™, PlayStation®3 and Xbox360™ on September 14th.The game will also be available via Steam in a version that has undergone substantial improvements in terms of aesthetics and content, ensuring the game enjoys parity with the current gen formats.